The End Of This Blog! COMING SOON: The NEW look! 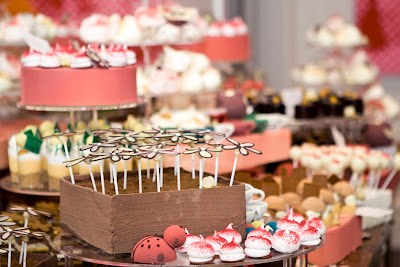 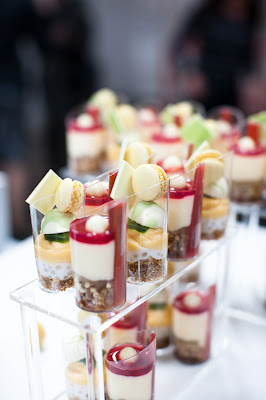 Well it has been over three years since I started this blog and with the growth of Sweet Studio and all of the other things associated I believe it is time for a revamp!!

Thanks for reading and commenting and please keep checking back here and on our Facebook and twitter pages as well as www.burchandpurchese.com for news on the new blog.

Facebook and Twitter will be more active and the new blog will tie in with an exciting new website being built now which will incorporate online shopping!

Please email info@burchandpurchese.com if you want to be included on our newsletter which will be providing information on our upcoming events including our Sweet Studio sessions (dessert bar nights) in store very soon.

Posted by Darren Purchese at 13:35 No comments:

Email ThisBlogThis!Share to TwitterShare to FacebookShare to Pinterest
Labels: News 2012

Book Now For This Years 5 Chefs Dinner In Melbourne

This year I’m proud to be taking part in the Starlight Five Chefs Dinner in Melbourne on Thursday 14th June at the Melbourne Exhibition and Convention Centre.  This prestigious event raises money to support the work of the Starlight Children’s Foundation and brighten the lives of seriously ill and hospitalised children across Australia.

At the Starlight Five Chefs Dinner guests will enjoy the ultimate dining experience through a five course degustation menu with matched wines, wonderful chefs and top class entertainment. All this peppered with stories of inspiration and hope - it is a night that truly makes a lasting impact. I’m donating my time and support and I’d love you to join me on the night .

Visit www.fivechefs.org.au for more information, or contact Chris DiPetta at Starlight on 03 9468 2024.
Posted by Darren Purchese at 18:06 No comments:

Email ThisBlogThis!Share to TwitterShare to FacebookShare to Pinterest
Labels: Events 2012

It was very exciting for all of us at Sweet Studio today as it was the first in my three exclusive afternoon tea sessions at the beautiful Langham Melbourne Hotel.

I have teamed up with this prestigious hotel to present some of my signature flavours in miniature to be enjoyed in the opulent surroundings of their fabulous Melba restaurant. I am pleased to say the feedback was excellent today and from the media launch last month and it was fully booked out today.

On the menu today were our famous Chocolate, Mandarin & Salted Caramel cake, our NEW tube dessert: Explosive Raspberry, our decadent Black Forest Eclair and a few more of our sweet favourites including our passionfruit clouds. All this accompanied by the Langham's famous sandwiches and scones.

Don't worry if you missed out on todays event as there are still a few tickets for the event on the 4th May and tickets are also on sale for the last confirmed date on the 1st June.

On the 14th of March this year I was invited to produce a course for an exclusive dessert dinner as part of the Melbourne Food & Wine Festival. "The Sweetest Thing" was held at Joost's amazing recycled restaurant project The Greenhouse and involved some of the most talented pastry chefs in town.

The Greenhouse is a truly inspiring project that has really taken off in other cities in Australia and you can read more on this here. As the theme was recycling I decided to take a different approach to my dessert course. I have done work with the excellent charity SecondBite before at last years Masterchef dinner at St.Kilda Mission and I enlisted their help to try and raise their profile on the night. SecondBite collect unwanted food from all sorts of places including supermarkets and distribute it to missions and organisations who are able to process the produce to feed people who need it. I asked them to bring some of their produce to me to create a dessert from and they were happy to do this for some exposure.

I recieved some amazing produce that was deemed not good enough for the supermarkets due to blemishes etc, I was amazed at the quality of plums, nectarines, peaches and lemons and was happy to get some free range eggs and other bits with which to work with. I produced a "Recycled Dessert" consisting of plum sable, nectarine compote, lemon curd, peach jelly and a honey mousse made from Rooftop bees. It was served on a recycled mini cake stand which was designed to be served on recycled timber and eaten from the stand. All of the left overs including the stand and cutlery was dumped in the compost at the end of the course to continue the theme. I was happy with the guests reaction and proud to say that 85% of the dessert was recycled food and material and I have to thank SecondBite for all of their support.

In all it was a fantastic night and an honour to work with such great chefs in unique surroundings while helping out a worthwhile charity.

Thanks also to Amanda Fordyce for the fantastic photography of the event.

Posted by Darren Purchese at 20:43 No comments:

A Short Video on Burch & Purchese by Milkbar Magazine


Burch and Purchese from Milk Bar Mag on Vimeo.

I really enjoyed collaborating with the guys at Milkbar Magazine for the first video on a series of Melbournians doing interesting things.

The scenes are beautifully shot and I hope viewers get to understand a small part in the construction of my desserts and get a feeling of the special creative space that we have all worked hard on and are proud of, namely our Sweet Studio.

We are honoured to be the first in this series and I hope you enjoy the video and look up Milkbar's excellent site as they will be capturing other interesting and creative locals on their site very soon.


…………I have been so busy! Phew!! What a month or so, Sweet Studio has been buzzing with Food Festivals, visiting chefs, external events and exciting news.

Apologies again for the lack of updates I am behind on all levels of social networking, even Twitter and Facebook has proved difficult to keep up. I am happy now to reveal that even though we are in full chocolate easter egg production I will have time to post on all of the past fantastic events that we were lucky to be a part of. I will update our social network accounts and thank all our new followers and 'likes'.

In the coming posts I will expand on and review the following subjects:

Thanks again to all of my readers for your patience and continued support and I hope to see you at our Chapel Street store very soon.

I will leave you with this elegant video produced by Melbourne Food & Wine which reviews the past few weeks.


Posted by Darren Purchese at 15:25 No comments: 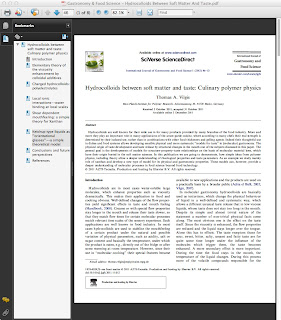 I read and favourited a tweet from Martin Lersch earlier today and have just now had time to check it out. He gives a link to some free food science research and I am in turn publishing this on my blog. Fascinating stuff and FREE!

Great articles on different culinary subjects from sous vide to hydrocolloids and dry ageing beef from some of the most forward thinking chefs including Alex Atala, Andoni Luis Aduriz and many more.
http://tiny.cc/o342d
Posted by Darren Purchese at 20:02 No comments:

IT'S A SWEET REVOLUTION!!

Burch & Purchese Sweet Studio is now open at
647 Chapel Street, South Yarra
Tel. 03 9827 7060
Open: 10am - 6.30pm Tuesday - Sunday
Closed : Monday
Map: click here (Just a few doors down from the Olsen Hotel)
Hello and welcome to my blog.
My Sweet Studio is a multi sensory retail space that specializes in sweet creations perfect for spontaneous indulgent moments through to that very special dessert extravaganza.
Formerly from the UK I now call Australia home and I have built a reputation worldwide for my dessert wizardry; I fuse science with sweetness to create an exciting array of delicious tastes and textures.
Walking into Sweet Studio is unlike anywhere else you've been, a place where you can always expected the unexpected. You may find edible bubbles, a chocolate flower garden, a half chocolate and half jam spread, exaggerated raspberries or rich smoked chocolate, not to mention a magnificent selection of seasonal individual desserts or larger cakes all designed to take home for that special night in.

Bespoke celebration cakes are another special feature of Sweet Studio. A dedicated consultation area has been created with a unique and interactive flavour wall. Over 300 ingredients are on display to help you design your very own special cake creation.

This blog is centred around all things sweet although I may delve into the savoury side of the kitchen from time to time. The edges of these two sides of the kitchen are blurred more than ever before which presents an exciting new world of discovery. We will look at methods and techniques, old and new, recipes and news and events and I welcome your feedback greatly.
Thank you for reading and I look forward to welcoming you into my sweet world.
Darren Purchese
Contact:
Cake Enquiries:info@burchandpurchese.com